Loopy Lore is back with a brand new version with new features, mechanics and components! Allow me to tell you a bit about the changes:

Loopy Lore now has a story setup system called World Building. It uses the appropriately named World Building Board to assist players in creating an ending. Here's how it looks 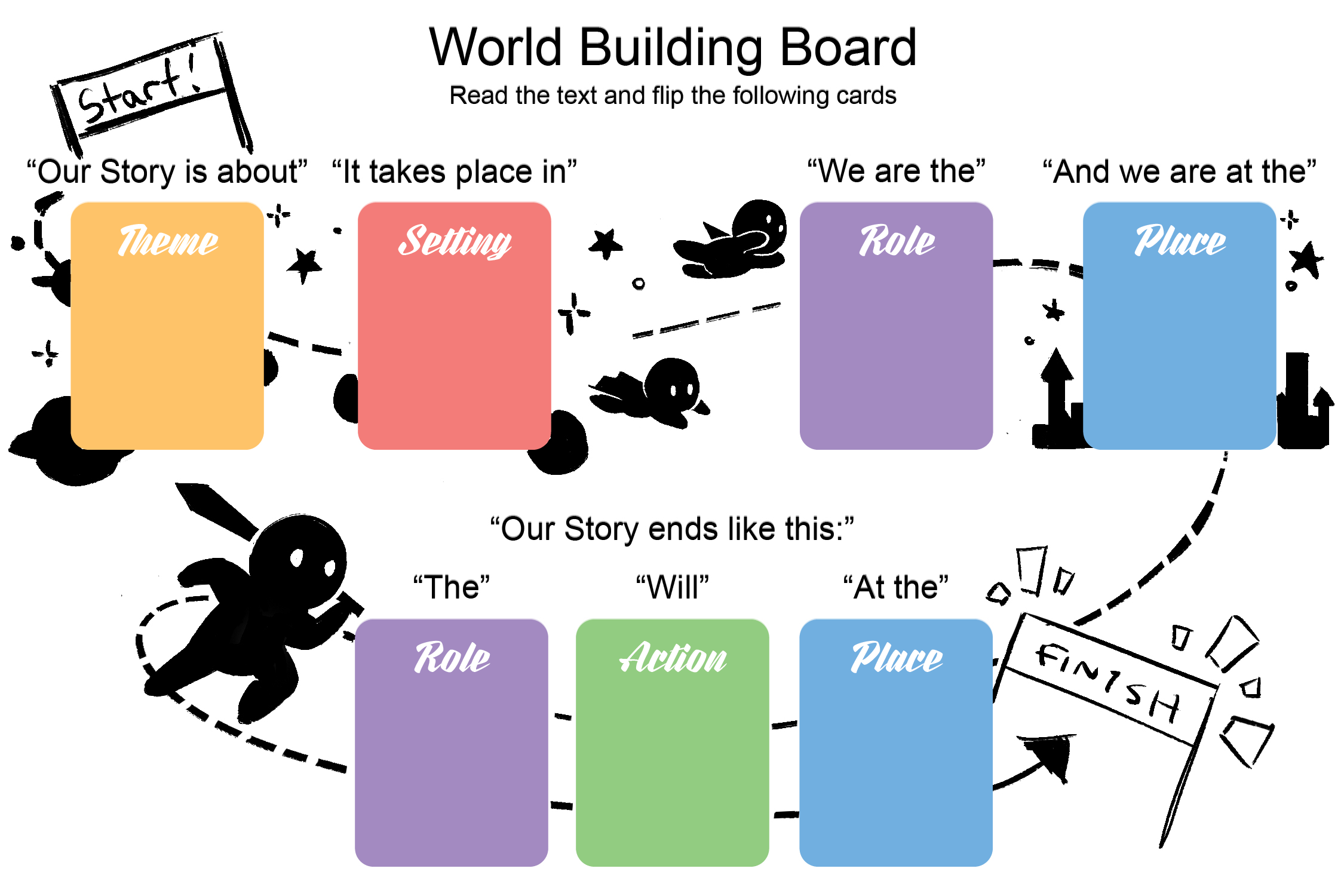 In this phase, Loopy Lore players create their world, plot, protagonist and ending. This ensures the ending, which is the game's goal, is clear to everyone and allows for players to quickly set it all up to start playing. It furthers add more replayability and we can guarantee to you that no two stories will ever be the same.

In the past, players would create separate protagonists for the game. While it was a fun mechanic (and it might come back as a house rule), stories would become too difficult to manage. With this change, players share one protagonist created in the World Building phase. You're all voices inside this hero's head, which is pretty neat!

Before, these tokens would recover at the end of every round. Now, that's been removed. Tokens will stay on cards once played. "Does that mean we can't recover them anymore?" Not quite! Let's go to the next big change:

Plot Twists have been BUFFED! On top of the fun chaotic element they bring to every story in Loopy Lore, they will also provide the following perks:
• Extra Time: Once the timer is paused, narrators get infinite time to think and plan their narration, but can't speak while the timer is paused. In return, they can choose to continue the timer or reset it and get extra time.
• Refresh Reuse Tokens: Once the narrator's turn is done, pick 1 token that is on a card and return it to the group.
• Change The Future - Peek: Whoever played the Plot Twist (NOT the narrator) gets to choose 1 unrevealed card and look at it, getting a chance to see where the story will go. However, they can't say what the card is to the rest of the players.
• Change The Future - Discard: If the player believes the card they just looked at isn't a good fit for the story, they can replace it for another card of the same type. The player can't see the replacement, so it is up to you: a card that is a bad fit, but you know what it is, or a potentially better, but unknown card?

Loopy Lore's manual has been updated with fresh new visual examples for the new gameplay and component changes. It's been rewritten for a faster, cleaner reading as well. We hope these changes make it that much easier for all of the storytellers out there to get into Loopy Lore.

Finally, all Structures have had their Plot Twist count rebalanced to accommodate the new gameplay changes.

We hope these changes make Loopy Lore a much faster, creative and inclusive experience to everyone. Our goal has always been to show players how fun telling a story can be. We believe this update will provide you with that desired balance of free-form creativity and structure.

A co-op storytelling party game for quick and incredible tales.